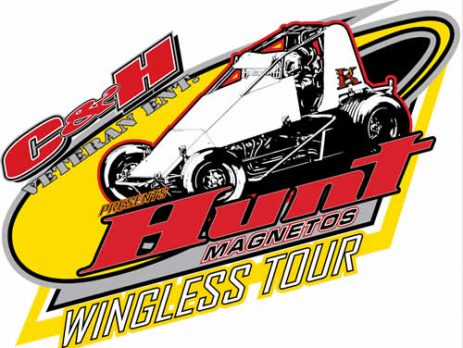 Glad Enterprises – Santa Rosa, CA) C&H Veteran Ent. presents the Hunt Magnetos Wingless Tour is pleased to announce that operations & promotions of the series have been transferred to Glad Enterprises, Inc and Petaluma Speedway Promoter Rick Faeth for the upcoming 2017 season & beyond.

The series, which holds the distinction of being the premier Non-Winged Sprint Car touring group in Northern California, was formed in 2008 by Roger Gleason, the proprietor of Joe Hunt Magnetos in Rancho Cordova. Gleason ran the tour until 2014, when Prentice Motorsports Group then took over stewardship.

“I strongly believe in this class and want to see it prosper. We recently reached out to the competitors and our fellow promoters and I feel the schedule, purse, and strategy that we’ll initiate for 2017 will reinvigorate the tour once again. There will be no entry fees and no membership fees for competitors to run our events,” stated Faeth.

Roger Gleason added, “We’re very pleased to have Rick at the helm and he will have our full support.”

C&H Veteran Enterprises is a hazardous waste company located in Sacramento, California and is excited to partner with the Hunt Magnetos Wingless Tour. Long time racer & crew chief Brian Sperry spoke about the company’s involvement saying, “We look forward to being a part of the Hunt Magnetos Wingless Tour. The late Steve Harris had created Racing for the Troops prior to his passing, so being involved here is a way to keep his legacy going. I think this is going to be great for wingless racing in Northern California.”

Veteran sprint car driver Scott Hall who has spent the off-season cultivating numerous wingless series sponsorship partners commented, “We saw an opportunity to incorporate our substantial marketing efforts into one restructured wingless series. This enhanced program will feature dramatic increases in race purses and the championship fund. Combining forces into one unified series will benefit the tracks, competitors, and fans.”

The series is also pleased to announce that Gary Thomas has been appointed the media director.

The 2017 C&H Veteran Ent. presents Hunt Magnetos Wingless Tour schedule is in its final stages of completion with a target release date the second week of January. Race purses and championship year end awards announcements will be released simultaneously with the schedule.